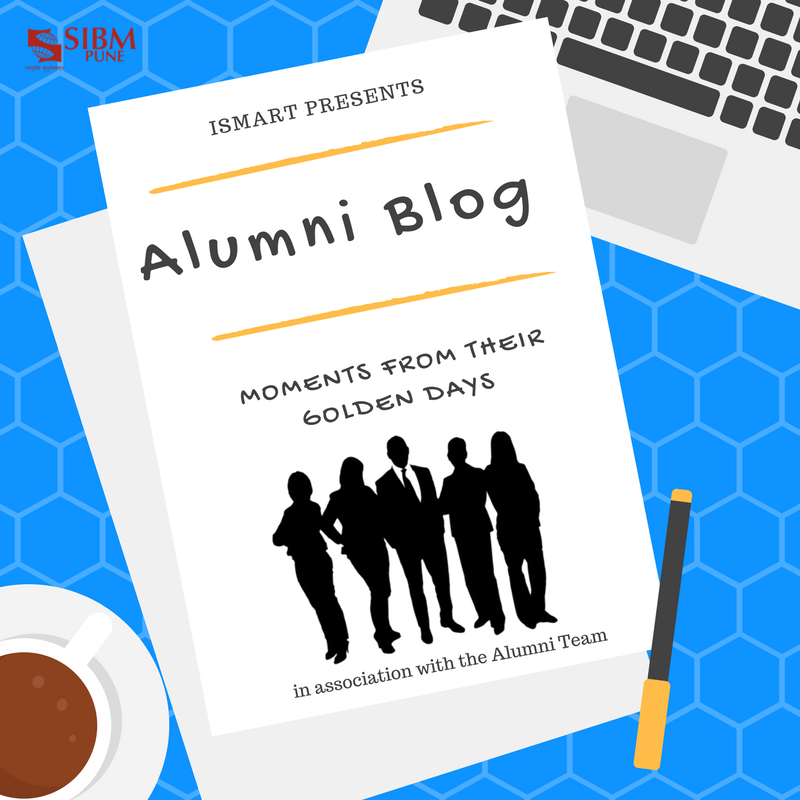 Part 1: Notes from my Life at SIBM, Old Campus

Most of my days at SIBM was spent in a den called the ‘Council Room’. There were 5 cubicles – one for each team which made up the ‘Students’ Council’. I joined the IT Team (now iSMaRT) back in 2006. Interviewed in a room full of my seniors – Reena, Sumukh, Yuvraj and Sumeet, I had hoped to have sufficiently impressed them to be made part of the team.

I was a computer tinkerer back in RVCE, Bangalore where I had graduated in Computer Science. I was a mere copy-paste coder, but I could get the work done. I had the knack for using programming forums very well, and there was nothing I couldn’t solve with a bit of persistence and programming hacks.

Coming back to SIBM, the IT Team in those days was mostly (held) responsible for bad Wi-Fi on campus (it wasn’t a residential campus then) and nonfunctioning printers in the Computer Lab amongst other life threating issues like – how to save a word document, booting up a laptop, using the spacebar effectively while making a presentation, and other things. The IT Team members were also the best Counter Strike players around. While others in college thought we were coding our next great project, we would be on our headphones messing up the already bad WIFI with network gaming.

Between all this, we did do a lot of work and I have evidence to prove that. After all, we got the award for the ‘best team’ on the annual Management Day in 2008. Not just that, I also co-founded two startups in college. The first one was IndiBlogger, a blogger platform through which I hosted the first blogger meet in Pune which got a fair bit of media attention. My second startup was ‘reltoK’, a project on which I spent a lot of time. It was meant to be a marketeers’ social network to connect, share knowledge and leverage contacts. Amit Puri, my batch mate back then and a wonderful friend till date, had joined in and we managed to run reltoK till 2010. The revenue we made on this business was a princely sum of absolutely nothing.

One of the most important reasons why I was able to focus on blogging and growing ‘reltoK’ was that I had managed to crack a PPO from a reputed global tech firm.  So, while I was working on IndiBlogger and reltoK, I had decided that I wanted to experience the glamorous corporate life too.

But life had other plans for me – Entrepreneurship to be precise. I had never really thought of taking the (startup) plunge till 2009. It was only in 2010 that I decided to leave my job in Hyderabad, sell my first car (a black WagonR) and move to Mumbai to focus on IndiBlogger full time. Through 2010 to 2016, IndiBlogger was all I lived and breathed. Meanwhile, I bought a Royal Enfield and she (Laetitia, I call her) became my one true love. We travelled across many lovely highways together.

My love for road trips led me to co-found ScoutMyTrip in 2016 with fellow biker and friend, Deepak Ananth.  In fact, ScoutMyTrip was an idea which took birth on road trips we had taken together. ScoutMyTrip is a road trip planner with a community framework, making it one of the most unique travel tech startups in India today and it was recognized by FICCI in 2017.

When I look back, I realize that having had the risk appetite to walk out of a fairly well-paying job, as well as the growth prospects in the corporate world was much to the credit of SIBM.

Part 3: Most precious learnings at SIBM

It is important to know that risk taking appetite is not the only thing one needs to become an entrepreneur, and there are many learnings that I gathered at SIBM which have helped me a lot in my career. I still wouldn’t call myself successful; but when I do get there, it would be apt to pen how SIBM made me so! Entrepreneurial success is a subjective discussion, and we should park that for later, or maybe in the comments section of this post.

Building teams: Startups require building teams from scratch. So, one must scout out talent that can join you, investing their time believing in a dream that’s yours.  It must become their dream too. If there was one thing we did most at SIBM was building teams. We had a team for every project or presentation.

Packaging goes a long way: It was here that we learned how to make shallow presentations look like well-researched whitepapers. So, from the PowerPoint template, to the font, theatrics at times ensured we were the best when it came to be selling our ideas. Selling is an integral part of any business venture. We’re in it to make money, aren’t we?

Pivoting: We always had a bunch of ideas in the students’ council. While a lot of them were debatable, we had to go ahead with certain ideas. When I look back at all the failed projects and ideas, I realize that we would have made a much better connect had we pivoted at the right time. Pivoting is crucial to startups today. We’ve pivoted twice already in ScoutMyTrip in the last one year. So, this might have been a lesson from failure.

Focusing on execution:  The aggressive focus on execution during our college days is one of the most crucial components of any startup. We took ideas to market in a matter of hours. The energy to get users to start using at least a basic version even if it was half made was our focus. Yes, we spent a lot of time on packaging; but getting to the market was always our focus.

Dump the non-performing assets: We’re seeing how businesses are getting out of ventures they are not profitable in at the speed of light. Being a startup means you’re working with limited and many a times with very precious resources. Why spend those resources on assets which are not giving returns?

Alliances: Business alliances and partnerships are one of the most crucial departments of any startup. While marketing and selling do go the distance, there is nothing more powerful than being able to partner with another like-minded organization which might or might not be in the same industry to mutually grow. We did this all the time in college to really great results!

Friends were more than just hangout buddies: One year into MBA, I remember my senior Reena telling me how our own batchmates will be our greatest asset and why colleges nurture a strong alumni network. So, while we all started out as ‘party’ buddies, when I look at them now and how far we’ve all come, I realize how we have all helped each other in some way or the other. Be it setting up crucial meetings, a marketing alliance or just a reference for a new job.

Balance Sheets matter more than your Grades: I don’t remember even one batch mate of mine telling me that they were rejected for a job because of bad grades. What mattered was the personality, the ability to execute and get the job done and eventually make money. 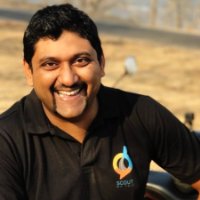 Vineet Rajan is an MBA major from the batch of 2008. He’s been working on startups since his engineering days and is always working on building the next disruptive idea. Vineet feels that having a risk appetite is an over-rated quality for starting up; and it’s more to do with the team and having the conviction in your idea. He lived the corporate life for only one and half years after MBA and he’s been hustling ever since.