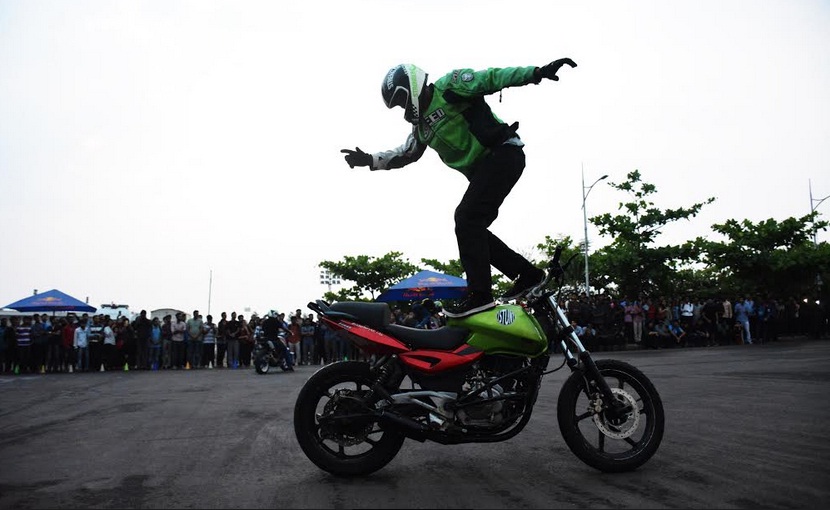 Stunt Mania, the launch event for Transcend 2018, was organised by the Co-Curricular Team on November 21,’2017. The event was organised at the Bus Bay, near the hostel premises of the hilltop campus at SIBM Pune. Stunt Mania was a stunt show organised in collaboration with Team iStunt and Redbull. The stunt show began at 5:30 pm with a fleet of 5 riders performing motor bike stunts in a 50 minute gig.

Post the stunt show, the theme video was released and the Transcend poster was unveiled. This was followed by a live performance by Band Kops. The event witnessed enthusiastic participation of over 300 students from all the sister institutes on the hilltop campus. The crowd cheered for the performers and enjoyed themselves throughout the show.

Stunt Mania marked the beginning of Transcend 2018, which is the annual flagship management and cultural event of SIBM Pune.