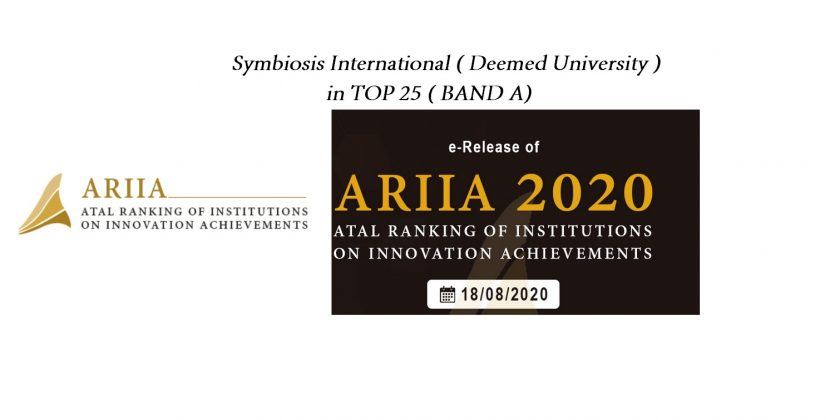 1 votes
No comments
The Atal Ranking of Institutions on Innovation Achievements (ARIIA) is an initiative of Ministry of Human Resource Development (MHRD), Govt. of India to systematically rank all major higher educational institutions and universities in India on indicators related to “Innovation and Entrepreneurship Development” amongst students and faculty members.
The first ranking was released by ARIIA in the year 2019 . A set of 100 institutions / universities were considered to be doing good in Innovation and there was no ranking done per say  in 2019. SIU was in the list of 100 at that point in time.

The Vice-President of India, M Venkaiah Naidu, on 18th August 2020 announced the result of Atal Ranking of Institutions on Innovation Achievements, or ARIIA 2020.
I am happy to share with all of you that the only institution from MAHARASHTRA  ie. the ONLY Private University / PRIVATE INSTITUTION from MAHARASHTRA to appear in the ARIIA BAND A ranking is SYMBIOSIS INTERNATIONAL (DEEMED UNIVERSITY)