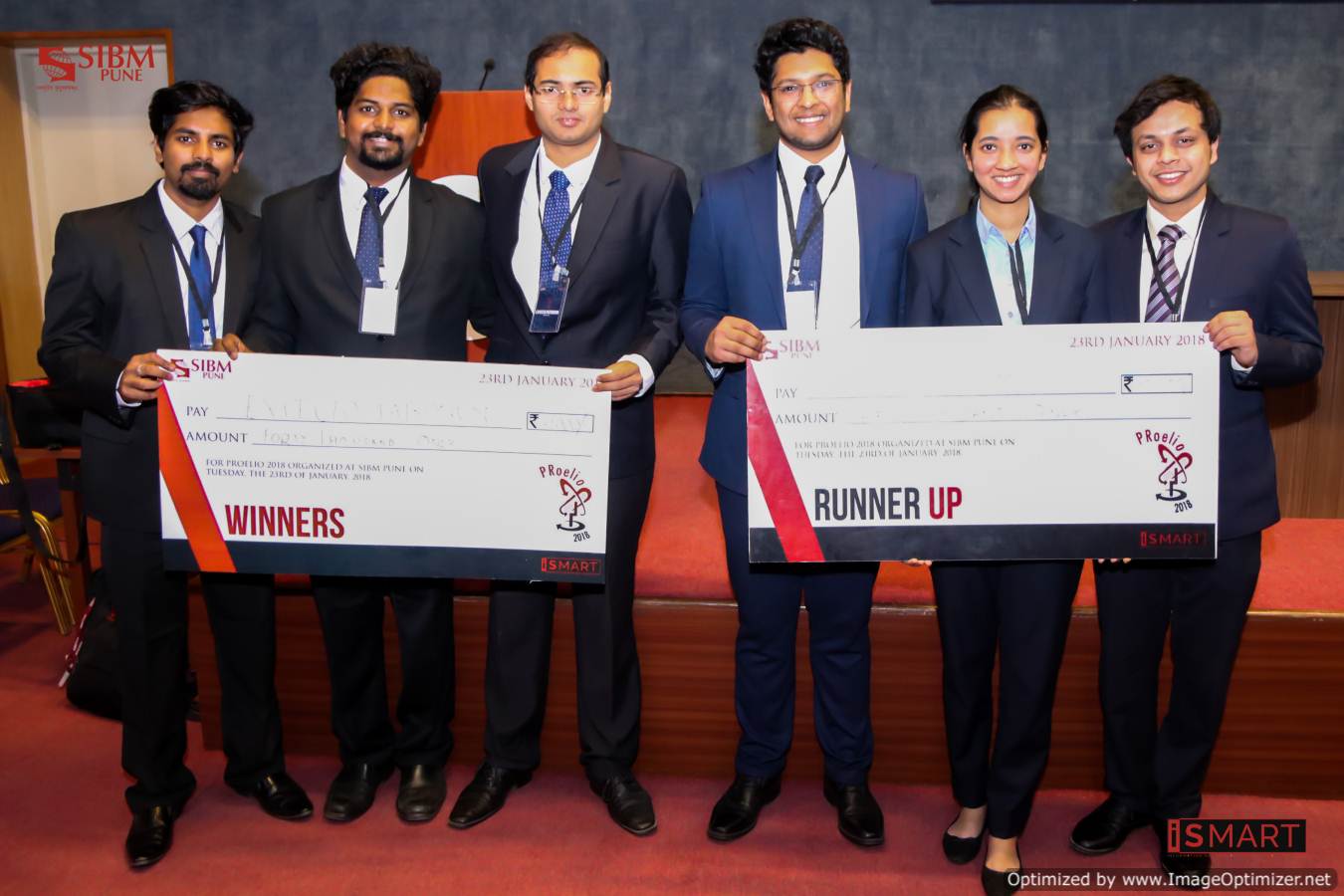 This year Proelio had participation from over 115 teams (3 members each) from institutes including IIM Indore, IMT Ghaziabad, MICA, Ahmedabad, IIFT Delhi, NMIMS Mumbai, SCMHRD, and many others. Participation was open over DareToCompete for better visibility. The judges for the event were Sangeeta Chacko, Head of Corporate Communications at Percept Limited, Aditi Kapoor, Marketing Head at ENIL (Radio Mirchi) and Ira Singh, Radio Jockey at Radio Mirchi 93.5

Radio Mirchi was the Entertainment Partner and the following statement aired Radio Mirchi 93.5-

‘I’ll be visiting Symbiosis Institute of Business Management Pune on the 23rd of January. SIBM Pune is one the premier B-Schools in India, ranked 5th among the private Business Schools in the country by Business World 2017. It is recognized for its excellence in academics, high-quality management program and more importantly for its student orientation. The Information Systems and Media Relations Team, which handles the PR at SIBM Pune, is organizing Proelio, a one of its kind PR based simulation. It is a national level case study competition which receives widespread participation from students around the country. Catch me on Facebook Live on the 23rd of January at 11:30 AM while I interact with the finalists and the students at SIBM Pune. RJ Ira Radio Jockey at Radio Mirchi 93.5

She also live streamed the event from her facebook page to her listeners and viewers, wherein she spoke to the students and also mentioned about the event. Internshala were the Internship and Training Partner

The teams  who made it to finals were

Posted by: Dr. R Raman
View more posts
PRoelio 2018 0 out of 5 based on 0 ratings. 0 user reviews.
The Senate 2018 ‘Firing the next decade of growth: Innovating in India’
iConclave 2018-An event organized by the Innovation Club of SIBM Pune