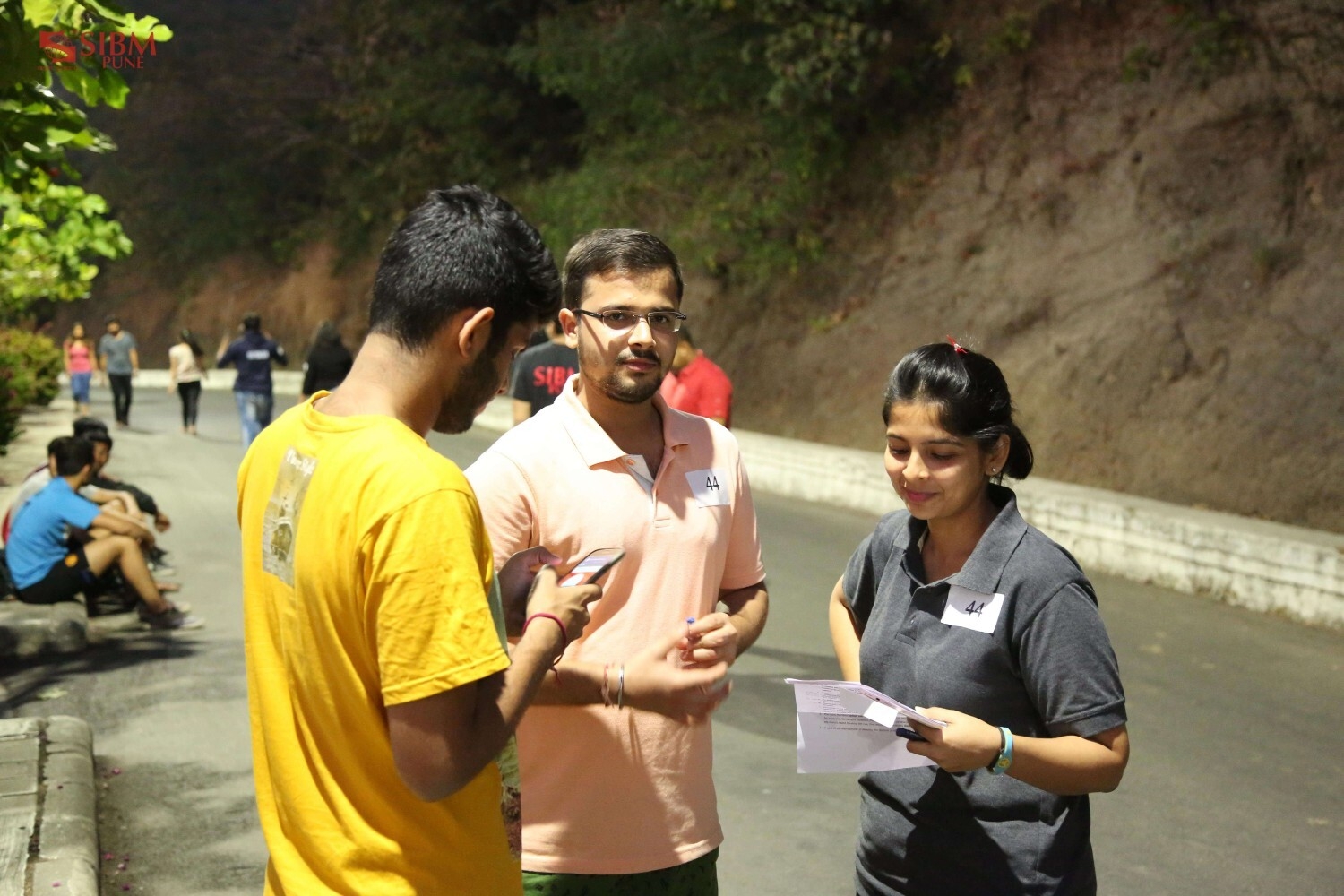 Zeus or Hades or is it Poseidon?

One has not yet grown

One is long, a bit serpentine

One is where the greater ones dine”

As I saw a group of ten more of my friends running helter-skelter to catch the culprit, my heartbeats increased. And I sat brainstorming with my team members to find the one location amongst the numerous spread all over our humongous campus from the location clues.

We also had to solve the small puzzles and later assemble the story snippets to reach to the final answer.  This was one of the rare opportunities of exercising both mind and body and we felt no less than Harry, Ron and Hermione running around on their own adventure!

Moments later, we were informed that someone else had solved the mystery and unveiled the criminal and under the brightly twinkling Christmas tree and fairy lights, the poster for PRoelio2017 was unfurled by the Team.

We had had a grand time running with a hundred odd fellow students in order to reach the final step of the treasure hunt! It had been a spectacular event and the participants had enjoyed every moment of it!

Heading to the burger and shawarma stalls that had been set up for the exhausted pseudo-FBI students,

I smiled at the memory of this amazing race which had taught me micro management, teamwork and given me oodles of cardio!

Posted by: SIBM Student
View more posts
The Murdering Santa 2.3333333333333 out of 5 based on 3 ratings. 3 user reviews.
The Co-Curricular Team organized a pre-Transcend event, ‘Bonfire Night’
Students from SIBM Pune conduct sessions on the basics of banking and ATM transactions to those living in near by villages