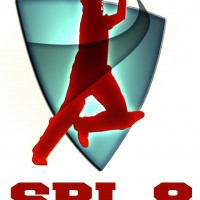 World renowned Management Guru Dr. Shrikant Datar, through in his book re-inventing the MBA, suggests the importance of ‘knowing’, ‘being’ and ‘doing’ as a means to impart meaningful management education. He goes on to say, “The major challenge is to engage students. B-schools should ensure that students think critically. A number of fundamental things should be taught to students before they go to work. Also, pedagogy need to be changed to develop certain kinds of skills, values, practices and attitudes”.

SIBM Pune has always believed in the ‘knowing’, ‘being’ and ‘doing’ and the pedagogy is a mix of class room learning, case studies and also management lessons that students learn by planning, organizing and executing events and tasks. Following the immense surge in the popularity of IPL and short-format cricket, the little known SIBM Pune Premier League (SPL) has been trudging along for the past 7 years imparting practical lessons of management to the students pursuing their MBA at SIBM – Pune before they begin their corporate career and this happens in the most unexpected form – Cricket. With a population of more than a billion and counting, cricket perhaps serves as the defining elixir of this great nation.

SIBM Pune has been a pioneer in carrying a rich legacy of 7 years of experimentation with SIBM Pune Premier League (SPL) to substantiate this fact. Top B-schools across the country have now adopted sports as a way of teaching management. Numerous franchise-based tournaments related to football, hockey and cricket have not only managed to garner support from the students but also have proved to be an efficient way of teaching management. Ever shifting scenarios, performance pressure, high stakes; there is a lot in SPL that is similar to the corporate world. 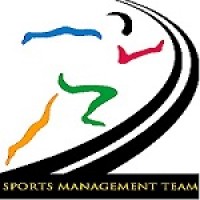 The IPL style auctions which are held about 15 days prior to the event opens up a plethora of opportunities for the budding managers of tomorrow to learn a lessons in management.

The bidding process is designed in such a way that the students get to formulate their strategy by observing the definitive patterns in the opponent’s line of attack. The skills of observation and having a keen eye for detail are the two attributes that can either make or break their plan. The various twists that are revealed during the process force the participants to think on their feet and restructure their strategies accordingly. This is noticeably analogous to the corporate world, in that as managers, you are often faced with unsavory situations which make you reevaluate your prior decision in order to prevent loss, gain profit or outwit your competition, emerging victorious. The “virtual” money provided to the participants for forming the team ensures that the teams use the available resources judiciously and efficiently to form a “TEAM” which can win them the tournament. This is extremely challenging and critical as the limited resources need to be put to use to form a well-balanced team wherein the members complement and support each other, much like in an organizational setup. In the corporate world, managers are entrusted with the task of increasing the ROI of a particular project or of the company as a whole. The same is applicable during the auctions, as the team captains and owners spend the allotted quota of money to buy players from the available pool, selecting those who can give them the maximum return on the investments made.

The camaraderie and the relationship between the Captains (The managers in the corporate world) and the Owners (The Board) play an important role in the overall success of the team. There needs to be an alignment in the vision of both the parties concerned; the policy making at the top and the implementation at the bottom need to go hand-in-hand for a successful journey of the firm (winning the tournament, in SPL).

The tournament fosters a feeling of team spirit and teaches the value of collective teamwork. The players are exposed to the concept of “Crisis Management” which is quite evident during the matches, as players adapt to sudden changes in targets or an unforeseen situations. Adaptability of the players is also tested as they are put outside their comfort zone and become a part of team which was never their first choice, forcing them to bond with new people while adjusting to a different style of captaincy and management.

The captains are entrusted with the task of assigning and defining the role of each player in the team and make sure that the strategies adopted are implemented with perfection. The captain gets the chance to be a role model for many who would remember his / her name for the years to come. Leading by example is another quality that the tournament promotes. Most of the seasons have witnessed that the captains have emerged to be the “PLAYER OF THE TOURNAMENT”. The concept of Branding also plays an important role during the tournament. Each team has a brand ambassador who is responsible for increasing the visibility of their BRAND (The Team). In the digital space, the ambassadors leave no stone unturned to enhance the presence of their teams in the social media and garner maximum support and following, something the digital age of marketing exemplifies perfectly.

What SPL has come to mean at SIBM Pune is merely an indication of how franchise based tournaments are shaping the new world and the potential that belies any aspiring manager in this area. We look forward to another successful year of SPL when the action begins on 15th February, 2016. ( Live score updates at  http://www.cric-ten.in/series/home/SPL8)