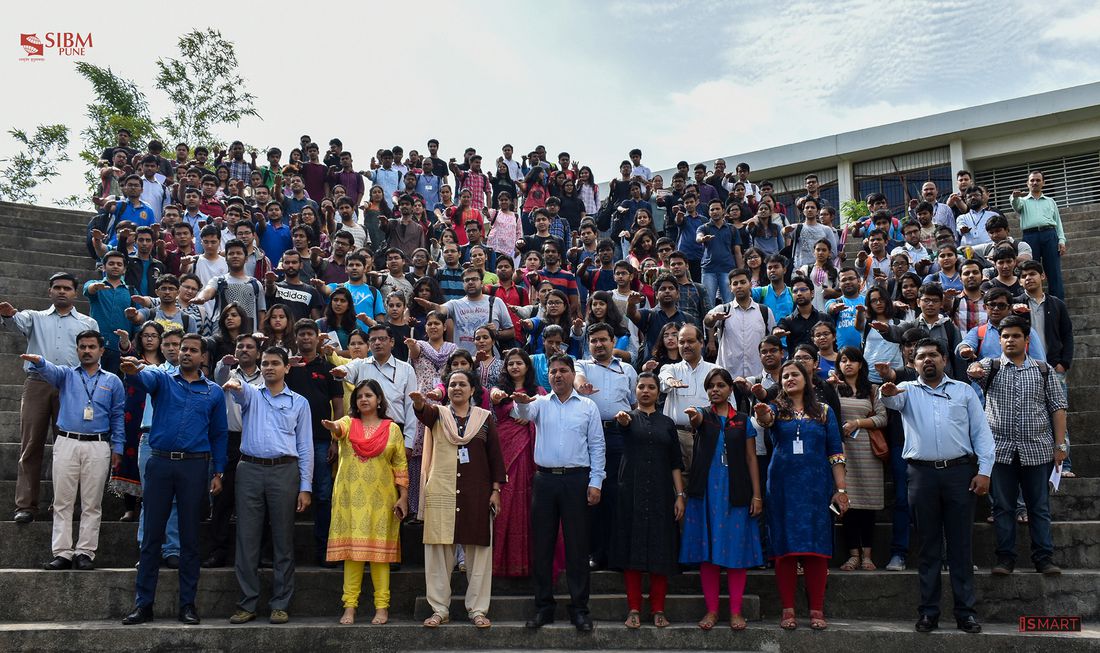 The year 2017 marks the 75th year of the ‘Quit India’ movement. The Quit India movement or ‘August Kranti Andolan’ was launched in Bombay on 8th August, 1942, by Mahatma Gandhi. The movement was an important milestone that helped India gain its independence in 1947.

In order to commemorate the sacrifices and revolutionary struggle of Indian freedom fighters, SIBM Pune ensured that all the faculty members, staff members and students took a pledge to build a new India by 2022 which is free from poverty, dirt corruption, terrorism, casteism and communism.

The students, faculty members and the members of the staff paid their respectful tribute to the freedom fighters for their sacrifice in the Quit India movement. Dr. V V Ravikumar, Deputy Director of SIBM Pune, addressed the crowd and administered the oath. All participants took the pledge and promised to create an India that is strong, prosperous and inclusive and to build a new India that our freedom fighters would be proud of.