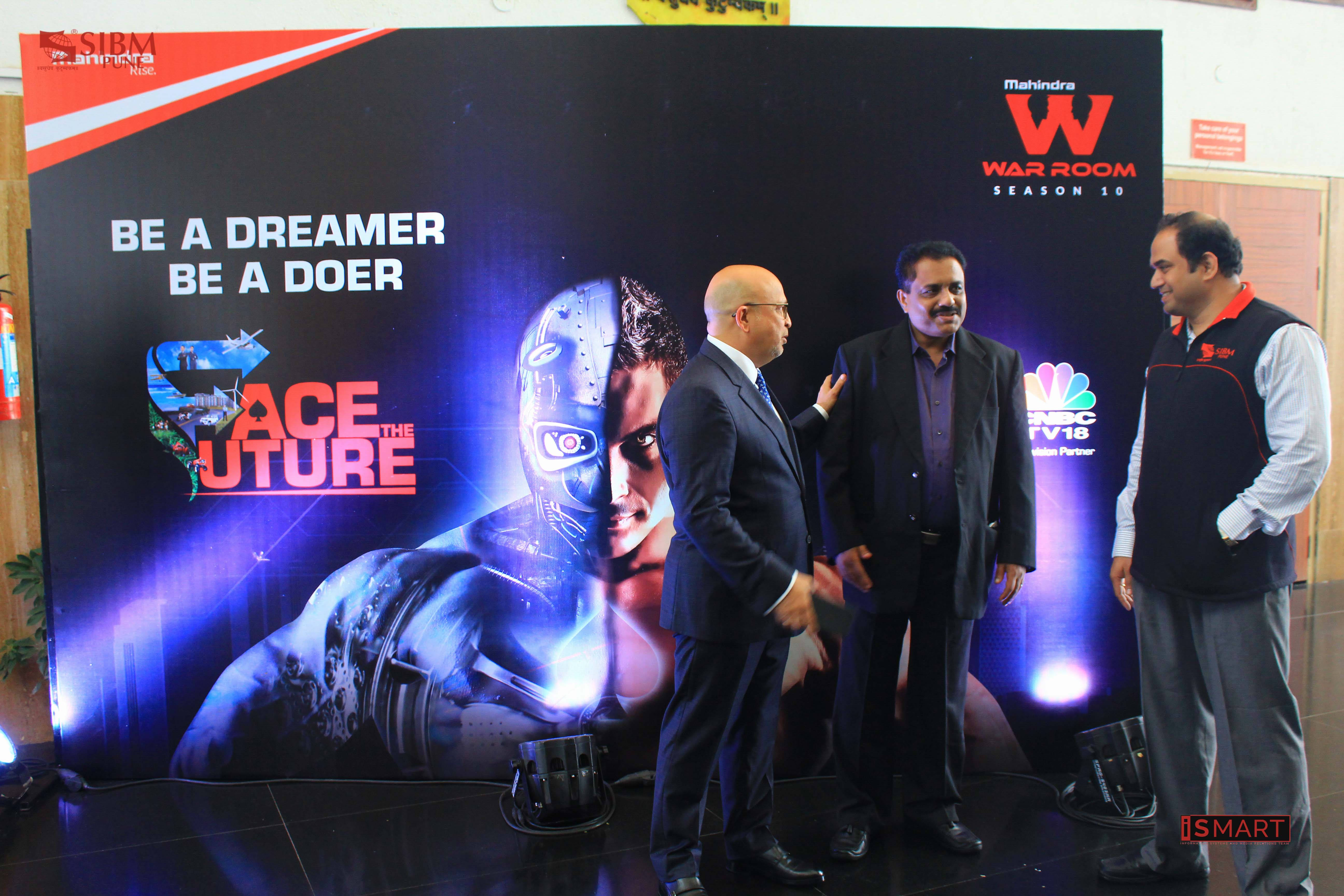 Mahindra & Mahindra Ltd  launched the 10th season of Mahindra War Room the prestigious case study competition at SIBM Pune on 23rdJuly, 2017. The 10th anniversary was celebrated with the shoot of a special audio-visual, featuring select MBA-1 students who accurately depicted the excitement around the launch, reflecting their batchmates’ sentiments. 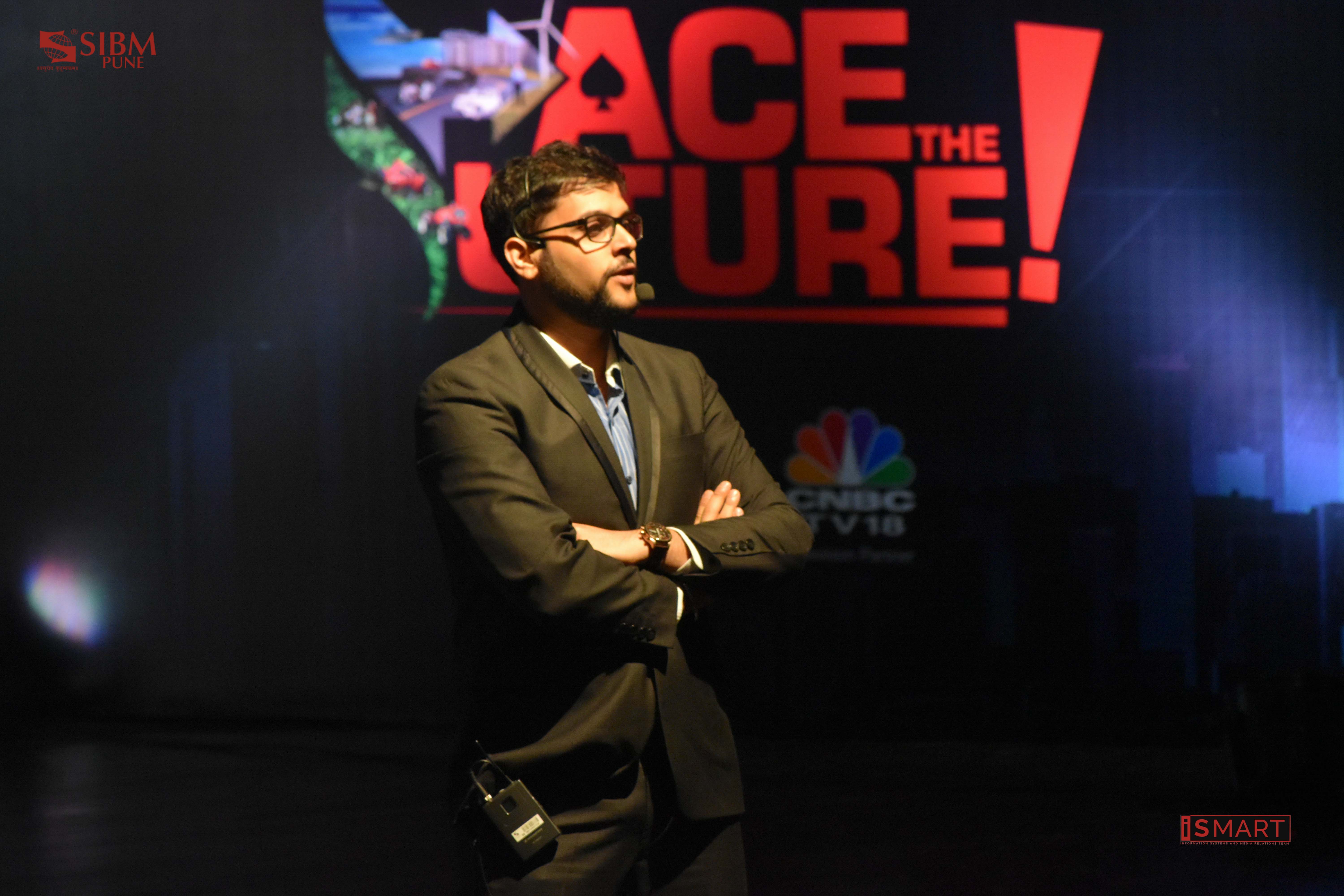 Mr. Udit Tewari, Deputy General Manager, Campus Branding and Recruitment, kicked off the launch with a dramatized welcome that pumped up the spirits of the students. 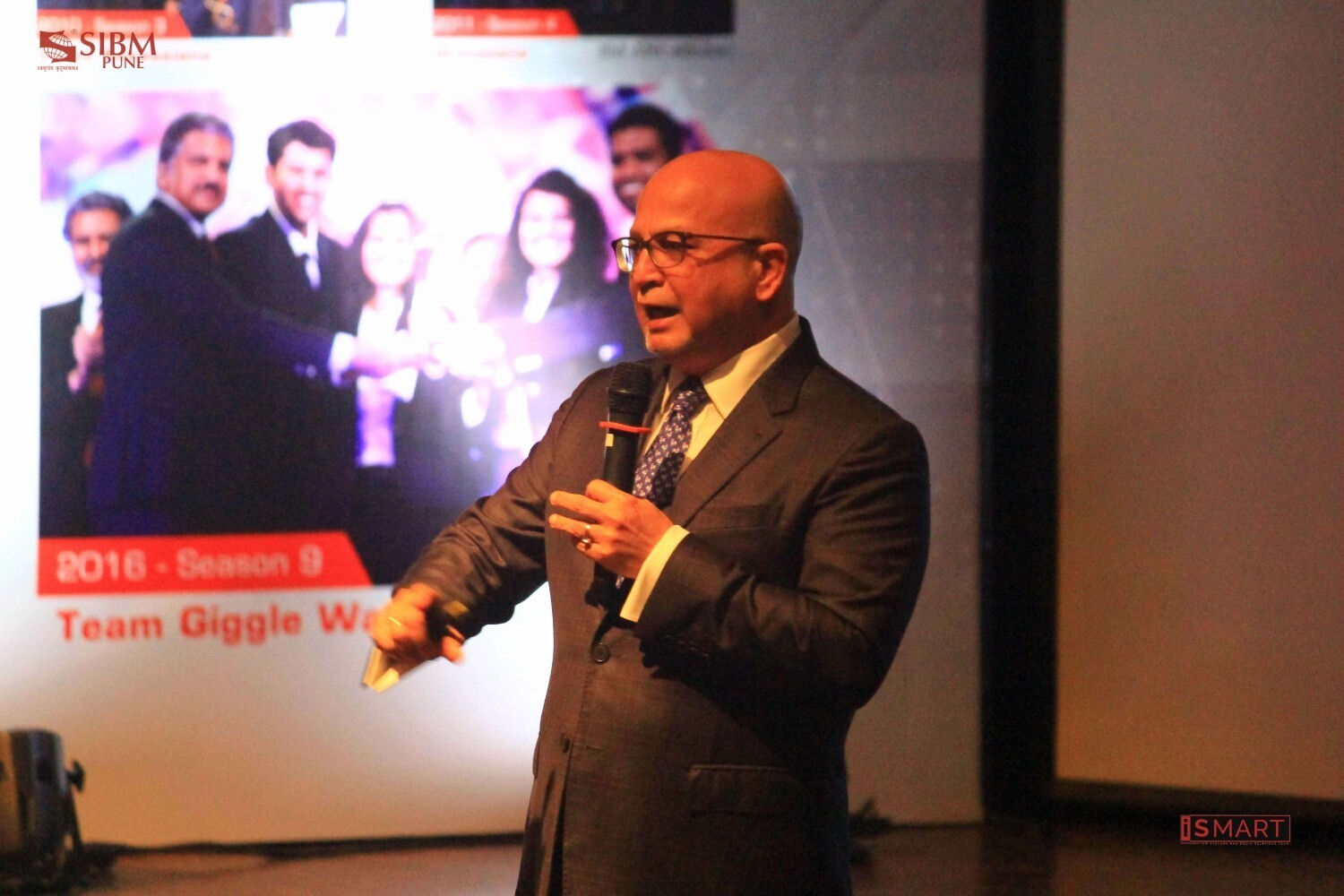 Mr. Prakash Wakankar, CEO of Mahindra & Mahindra ltd, 2W business, (an alumni of SIBM, Pune), gave a brief history of the prestigious conglomerate and walked the students through facts and statistics regarding the same. Mr. Wakankar co-ordinated his presentation with the next speaker, Dr. Prince Augustin, who continued the session thereafter. 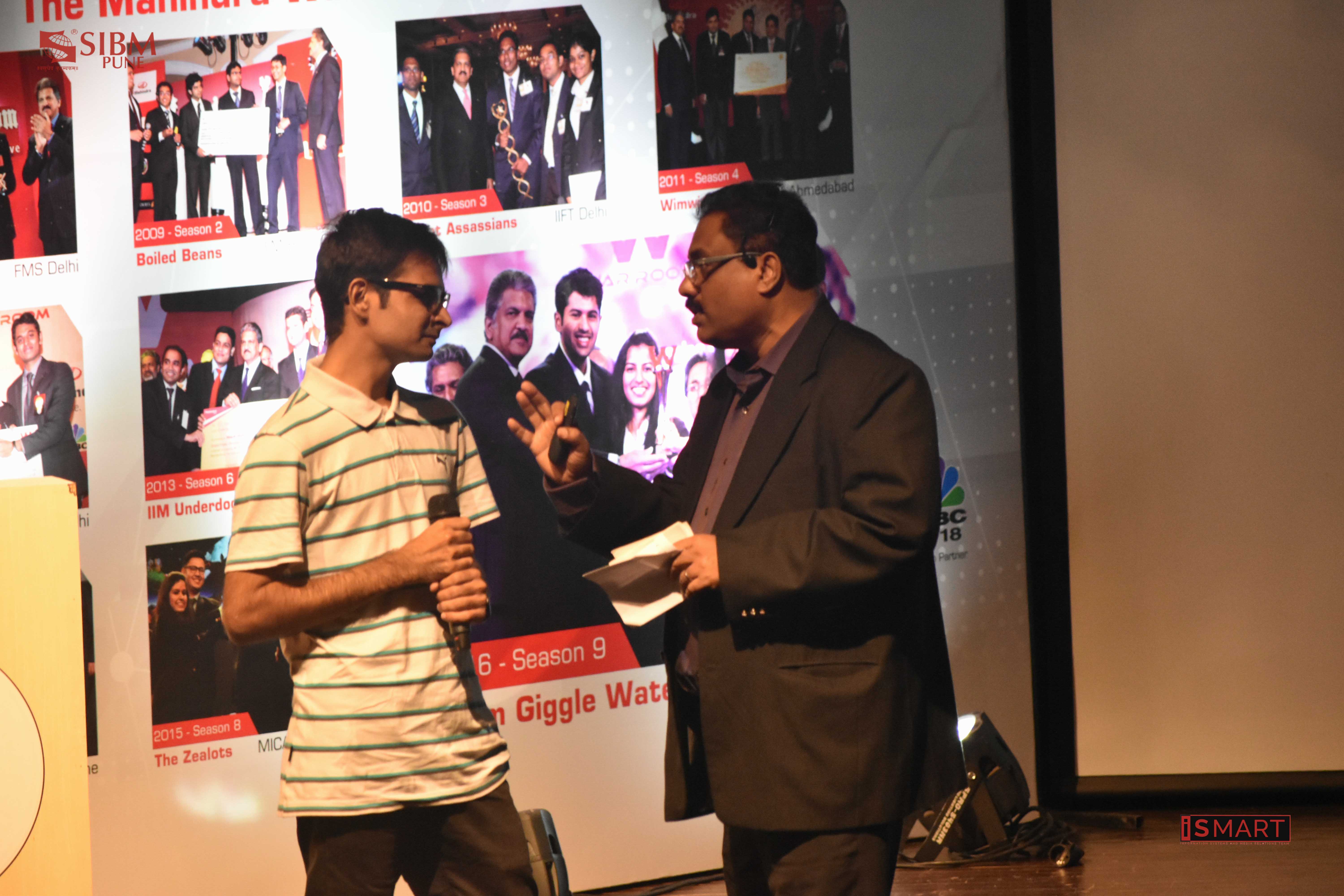 Dr. Prince Augustin, Executive Vice President, Human Capital at Mahindra & Mahindra (also an alumni of SIBM, Pune) explained the concept of anti-fragility and how Mahindra & Mahindra has implemented it in its various verticals. With an exciting quiz session, Dr. Augustin distributed goodies to the ones who impressed him with their answers. 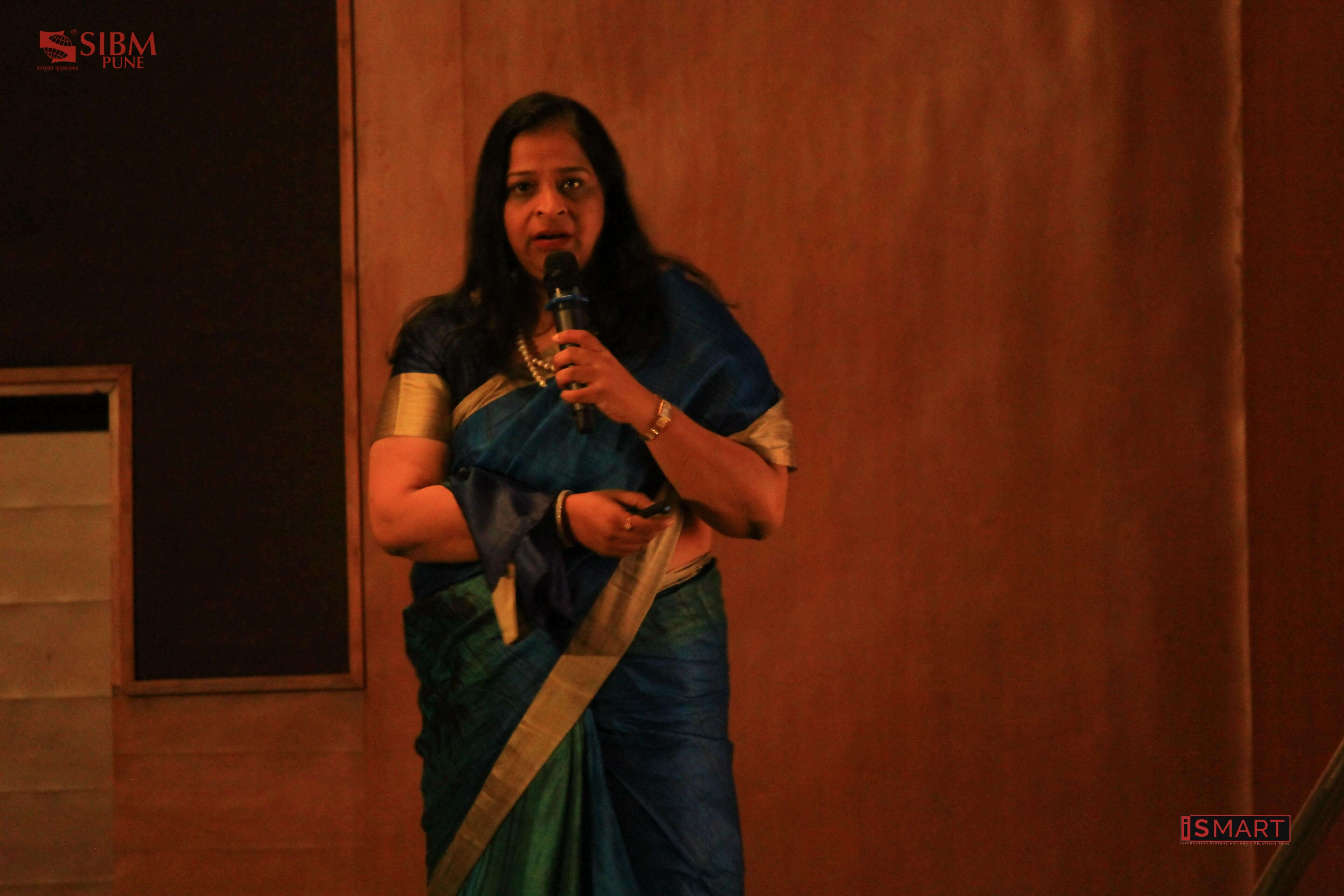 Ms. Neha Kharde, Head HR, Corporate Centre at Mahindra & Mahindra Limited, took the dais next to explain the rules of Mahindra War Room season 10 and the revised format. The inclusion of foreign institutes in the competition, aimed at taking the competition global, enthused all with a sense of newfound vigour. 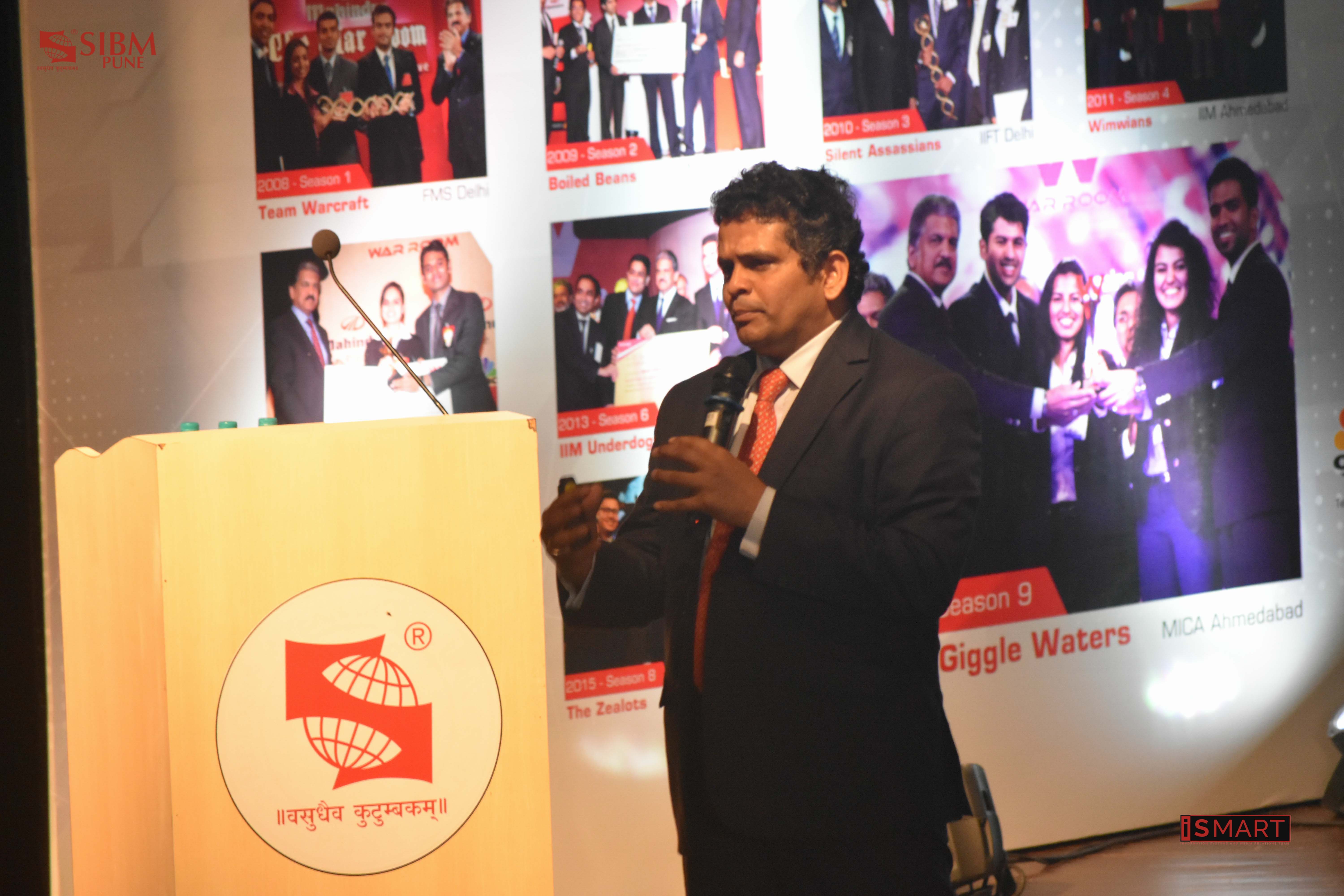 Mr. Sriram Chandrasekaran, Founder and CEO, Broadvision Group, the knowledge partner of War Room, elaborated on three specific case studies amongst the various verticals of the company – automotive, vacation ecosystem and farm business. This year, War Room has partnered with CNBC TV18 to create media buzz around the event.

Also, Ms. Anisha Saluja, a SIBM alumni and war room winner solved further doubts that the students had about the nitty-gritty details of the competition. The launch event was a great success with students from both MBA-1 and MBA-2 leaving the auditorium with plans to face the future.