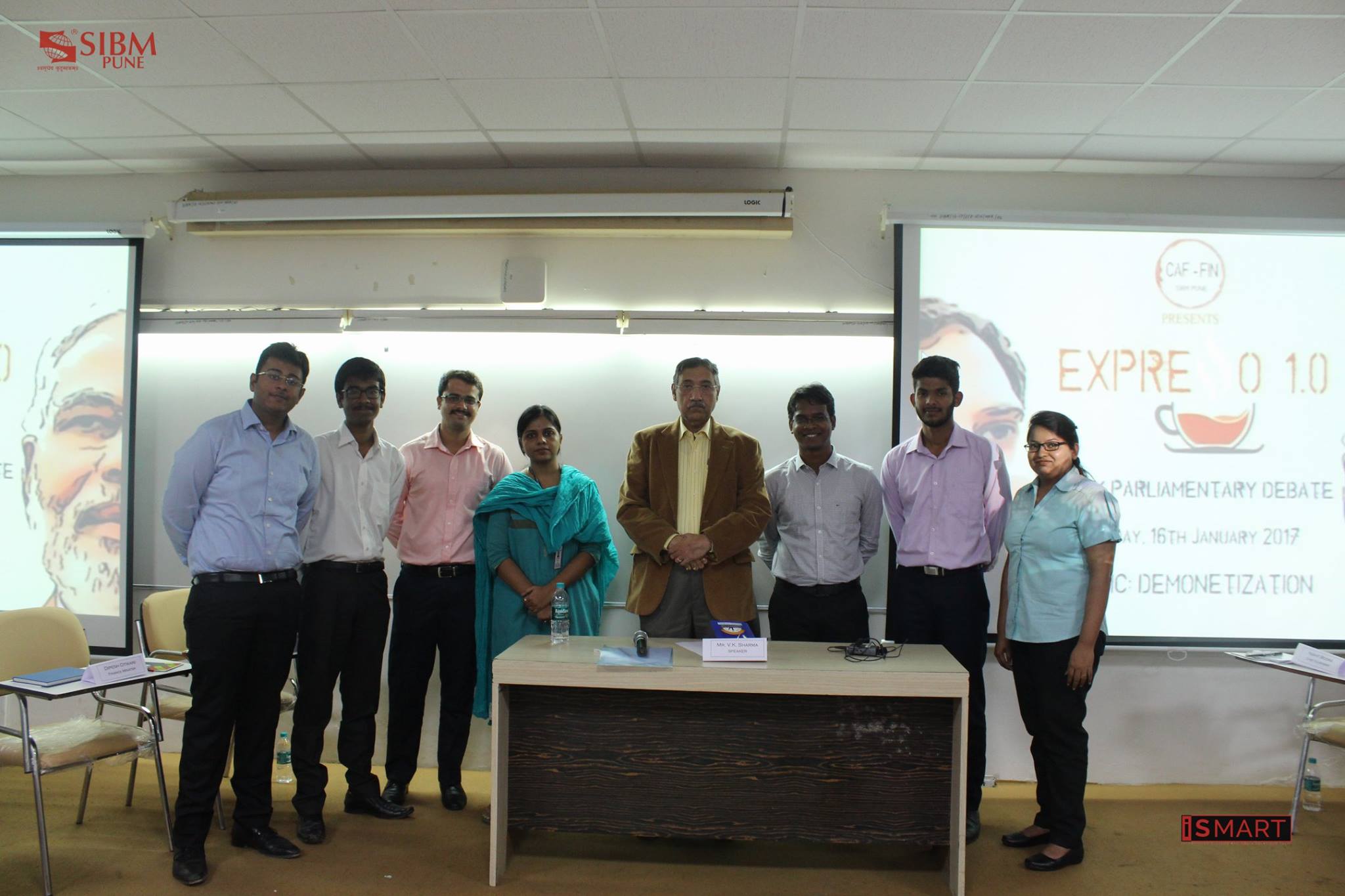 Caf-Fin, the Finance SIG of SIBM Pune organised Expresso 1.0 –  a Mock Parliamentary Debate on 16th January 2017. There was an enthusiastic response from the audience. As is the norm with Parliamentary Debates where the speaker moderates and judges the debate, this event also followed the suit. The speaker for Expresso 1.0, was Mr. V.K. Sharma who is  a retired Executive Director of RBI.

The resolution for the debate was Demonetisation . After an hour of intense debate and rebuttal, the debate ended and the results were announced. It was a tough competition but the opposition side was declared the winner and Karishma Agrawal bagged the title of the best speaker. 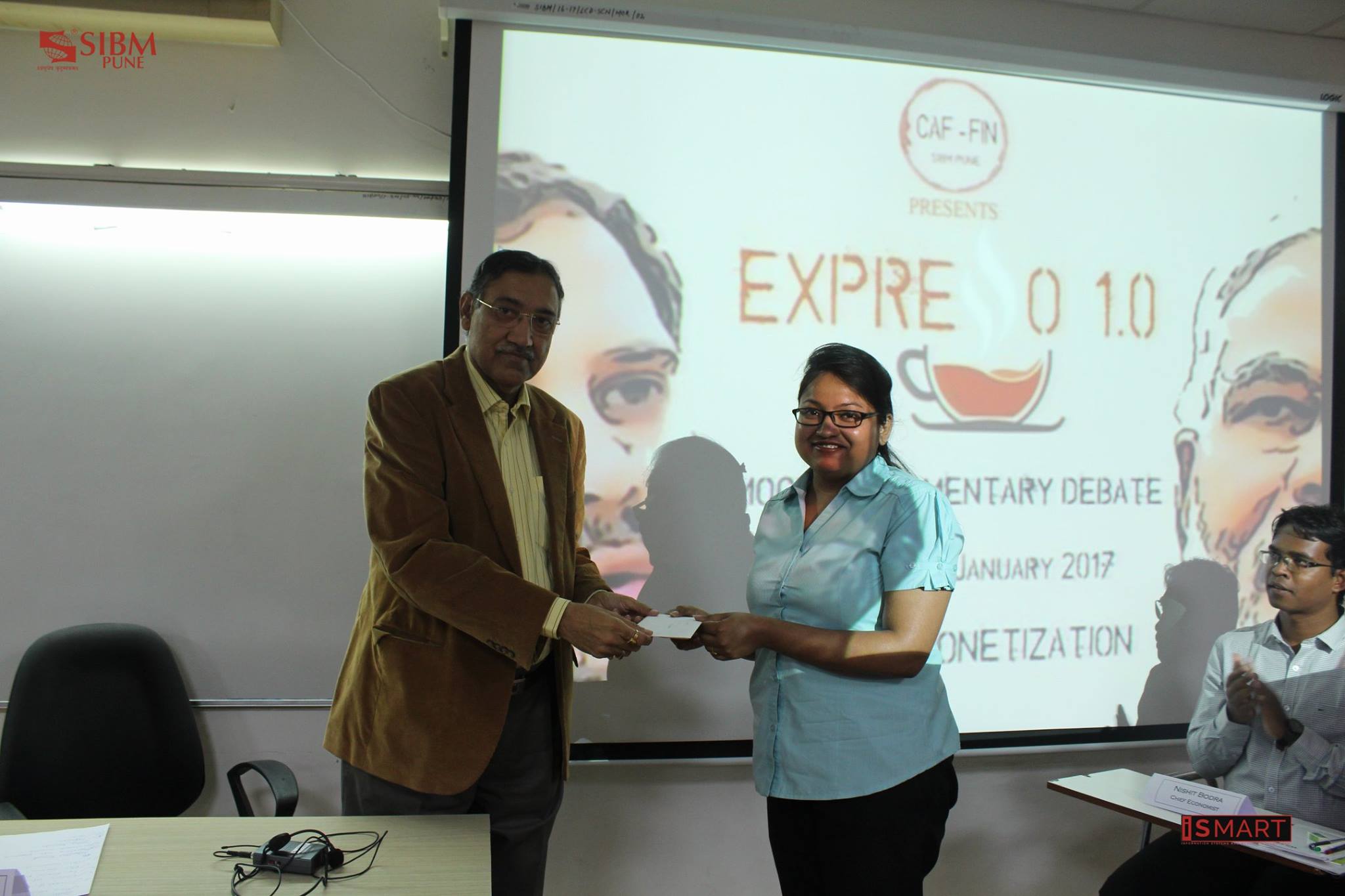 This was followed by a Q&A session. Students asked many questions related to Indian and global economy, and Mr Sharma shared deep insights on the banking business model, Basel 3 compliance by Indian banks and the opportunity for the banking sector in the post demonetisation era.

Expresso 1.0 was an enriching and a learning experience for the students of SIBM Pune.

Posted by: Dr. R Raman
View more posts
Finance Student Interest Group of SIBM Pune organised ‘Expresso 1.0’ 0 out of 5 based on 0 ratings. 0 user reviews.
SIBM Pune is back with the 27th edition of its Annual Management and Cultural Fest – Transcend 2017
Gravitas’17 the inter B-school sports festival